The History of Doshisha Rowing Club

143 years ago, Joseph Hardy Neesima broke new ground in Japanese education and sowed the seeds of liberal learning in people’s mind, which have been passed down over generations. Neesima’s vision formed the basis of Doshisha, and has always been present as Doshisha has evolved. Joseph Hardy Neesima was born as a son of a samurai in 1843, and studied hard to become both a good warrior and a good scholar. Gradually gaining awareness about Western culture and Christianity, he had a serious concern about the future of Japan and realized the importance of studying in Western countries. Neesima left Japan for America in 1864, defying an overseas travel ban. Filled with anxiety and hope, he had begun his adventure. In Shanghai, he boarded a ship, the Wild Rover, bound for Boston. 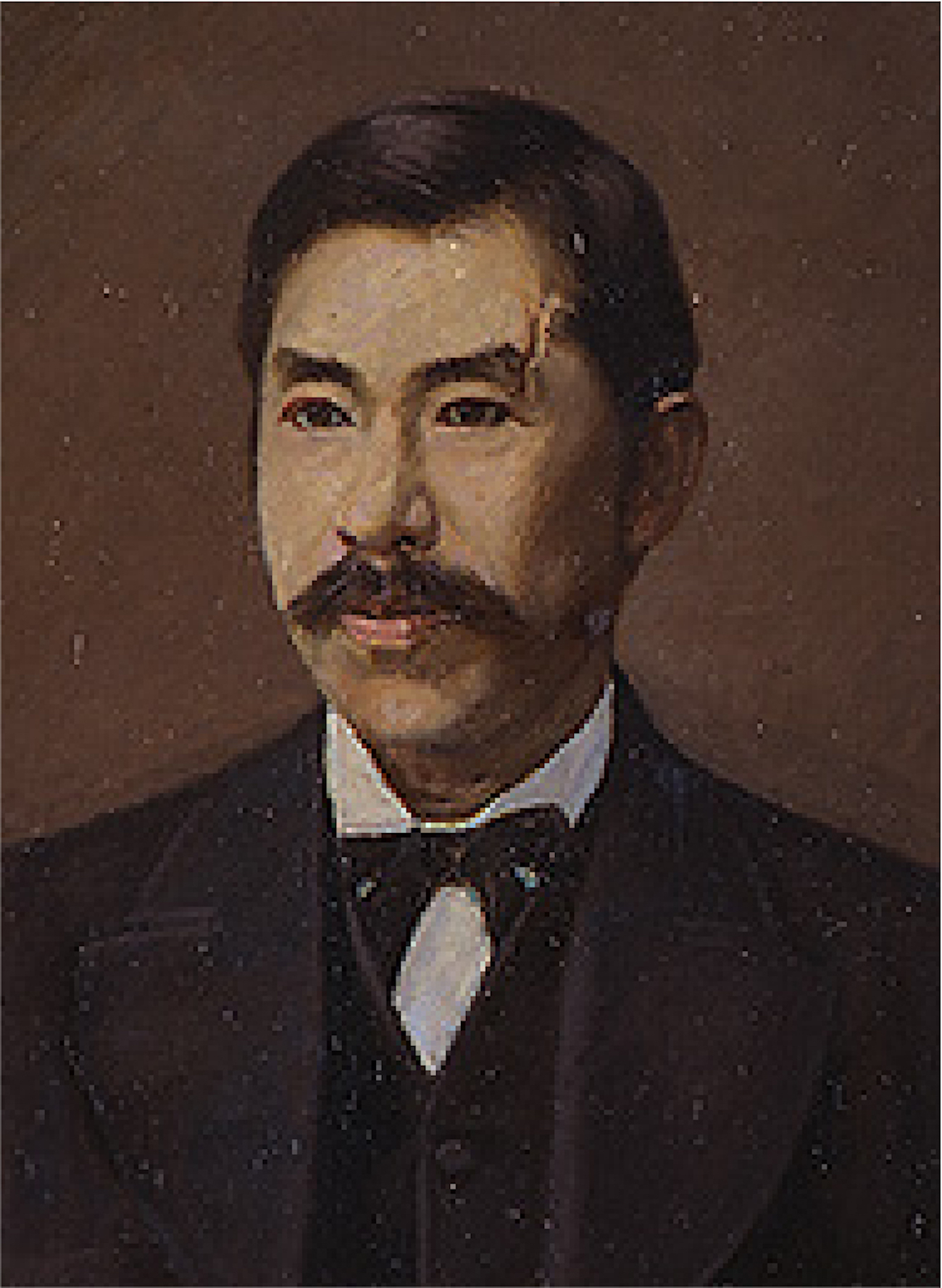 Under the benevolent support of A. Hardy, the owner of the Wild Rover, Neesima received baptism and studied at Phillips Academy and Amherst College. As he learned advanced Western science and technology and blended into American life, he realized that there was a deep-rooted spiritual background of Christianity in America. He decided to become a minister himself, entering a seminary after graduating from college. The eight years of study at Christian educational institutions in America taught him the importance of conscience and liberty based on Christianity, which is to live according to the will of God and to exercise the freedom only within the realm of the conscience. Neesima returned to his homeland after ten years with a strong ambition to establish a Christian university as well as to spread Christianity. 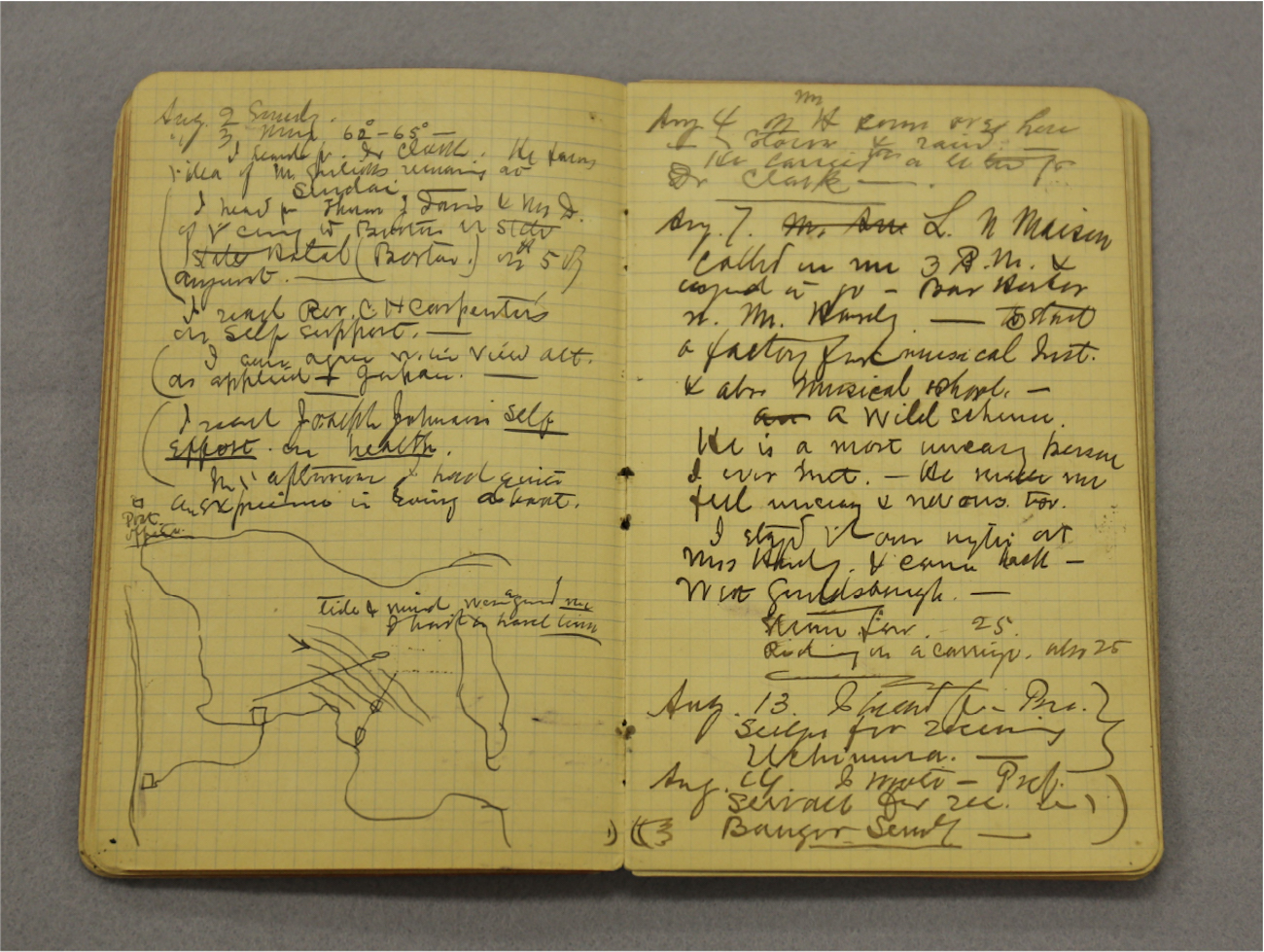 Diary of Joseph Hardy Neesima. “In the afternoon I had a quite an experience in rowing boat.” 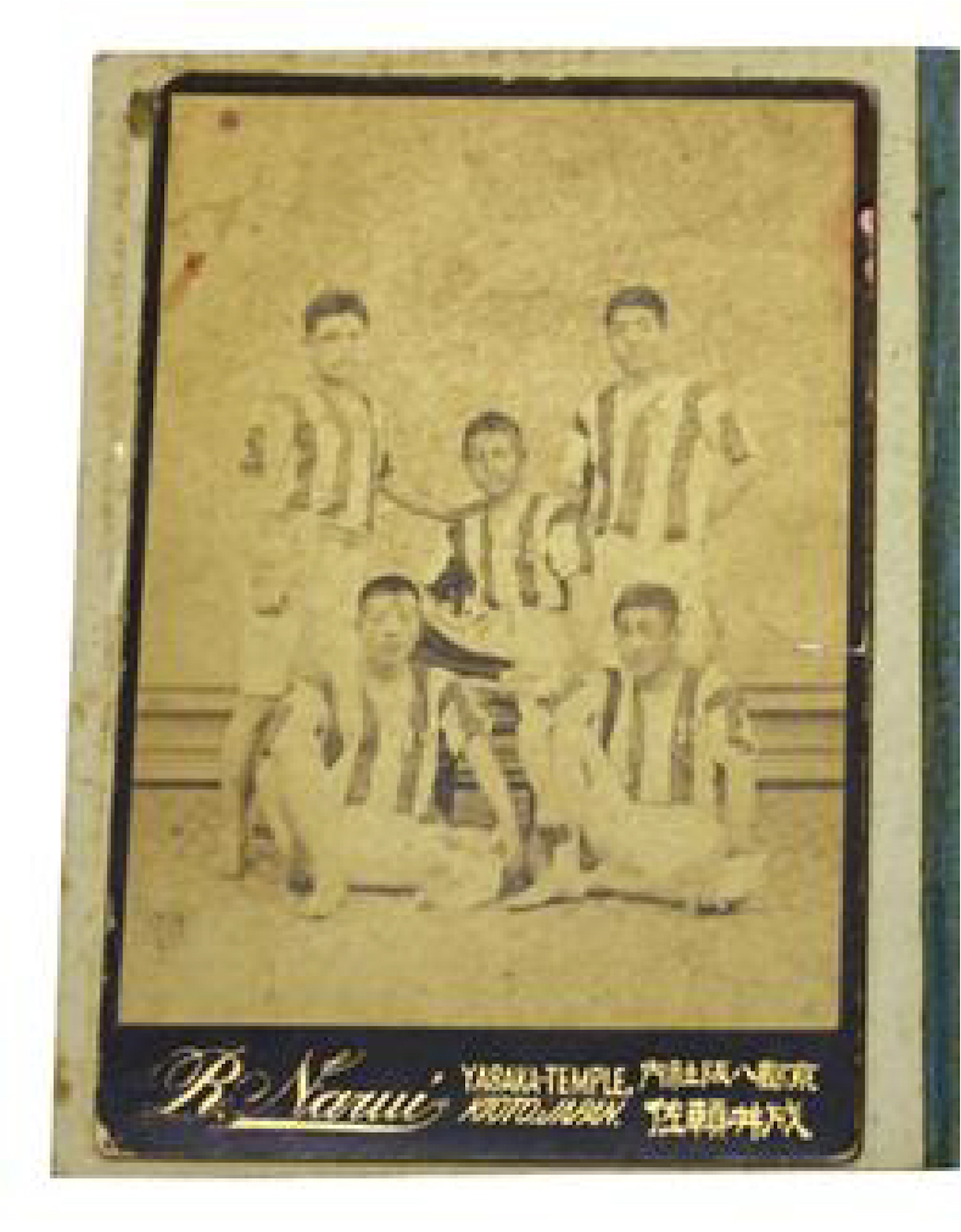 Doshisha University Rowing Club won the All-Japan Boat Race in 1899, and then took second place honors at the All-Japan Regatta in 1925. At the beginning of the Showa era, a modification to the sliding seat type thoroughly put Eights at the center of the competition, and the university’s rowing club has been Western Japan’s elite rowers ever since. 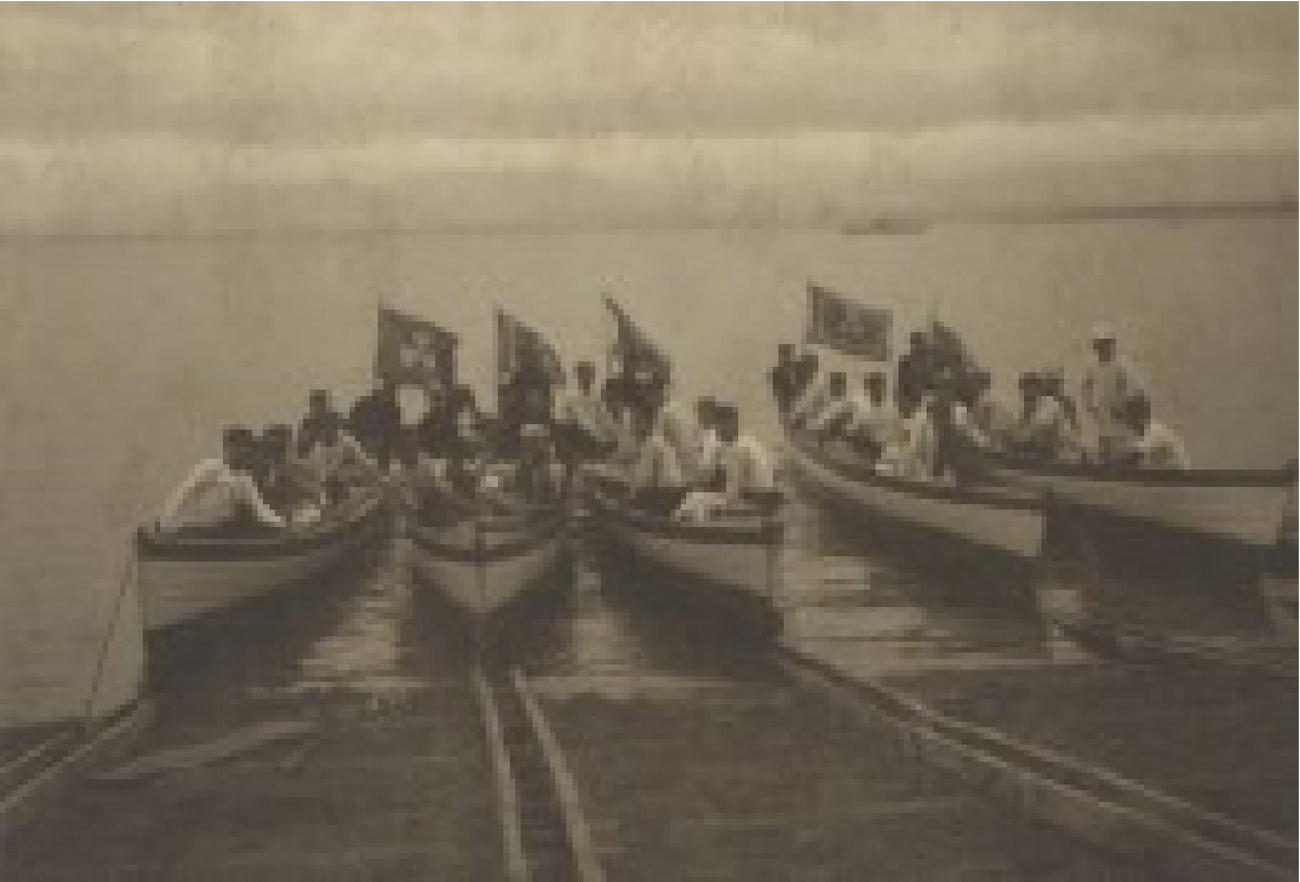 With the construction of the rowing club’s boathouse in 1962 on the Setagawa River in Otsu City Seta, training regimens intensified and skill sets improved sharply, and the Doshisha crew team took third place at the All-Japan Championships in 1966 and achieved a repeat performance in 1967. In 1968, as representative of Western Japan, Doshisha rowers outmaneuvered and outpropelled Keio University to take first place honors at the All-Japan Eight Championships. The Doshisha crew team humbly accepted the honor of becoming the team to represent the country at the 1968 Mexico City Olympic Games. At the Games, the representatives from Doshisha finished 12th overall, and followed that in 1969 by taking on the University of Melbourne and snatching a second consecutive championship at the All-Japan Championships. They proved once and for all that rowing was not a sport to be dominated exclusively by crew teams from Eastern Japan. 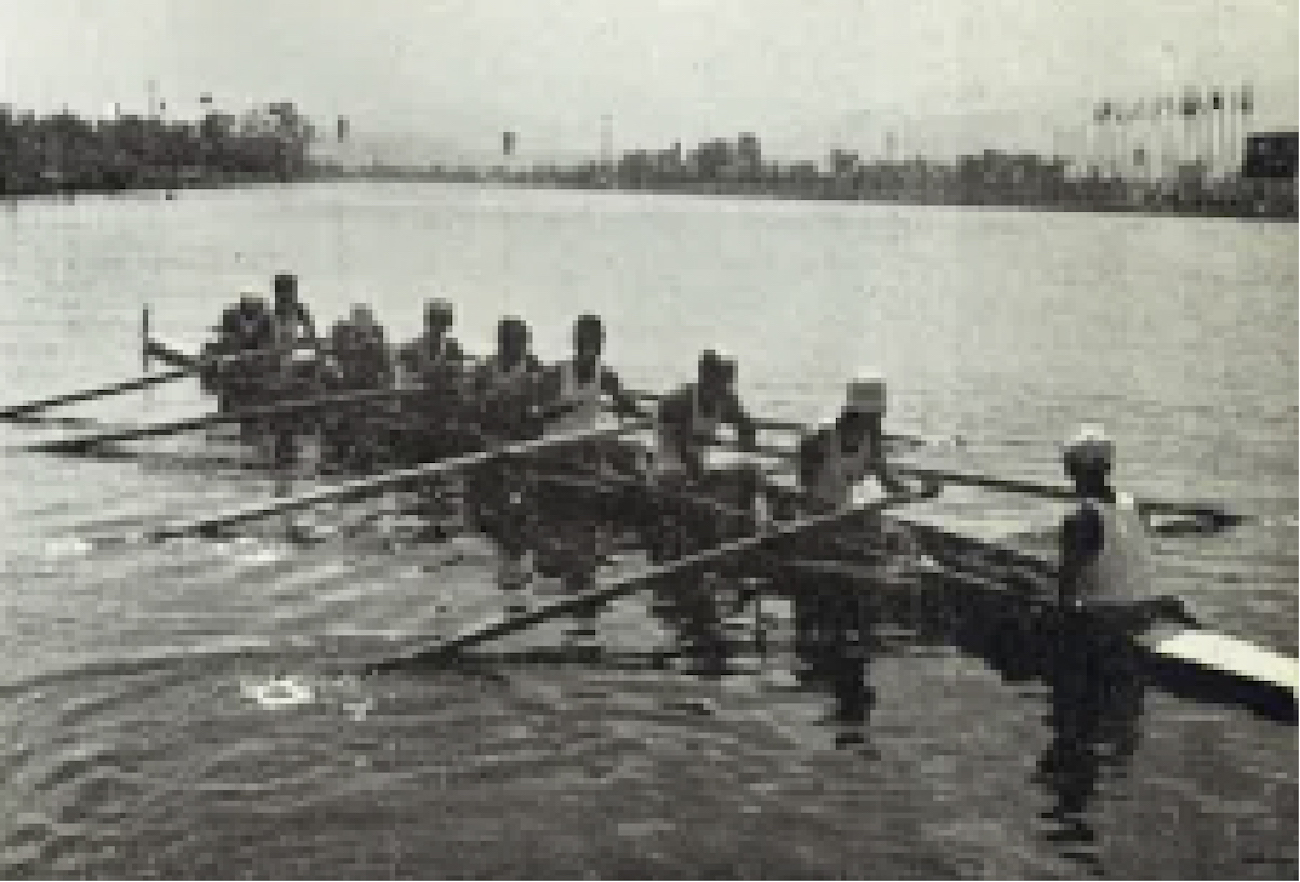 Crew in 1968 at the Mexico City Olympic Games 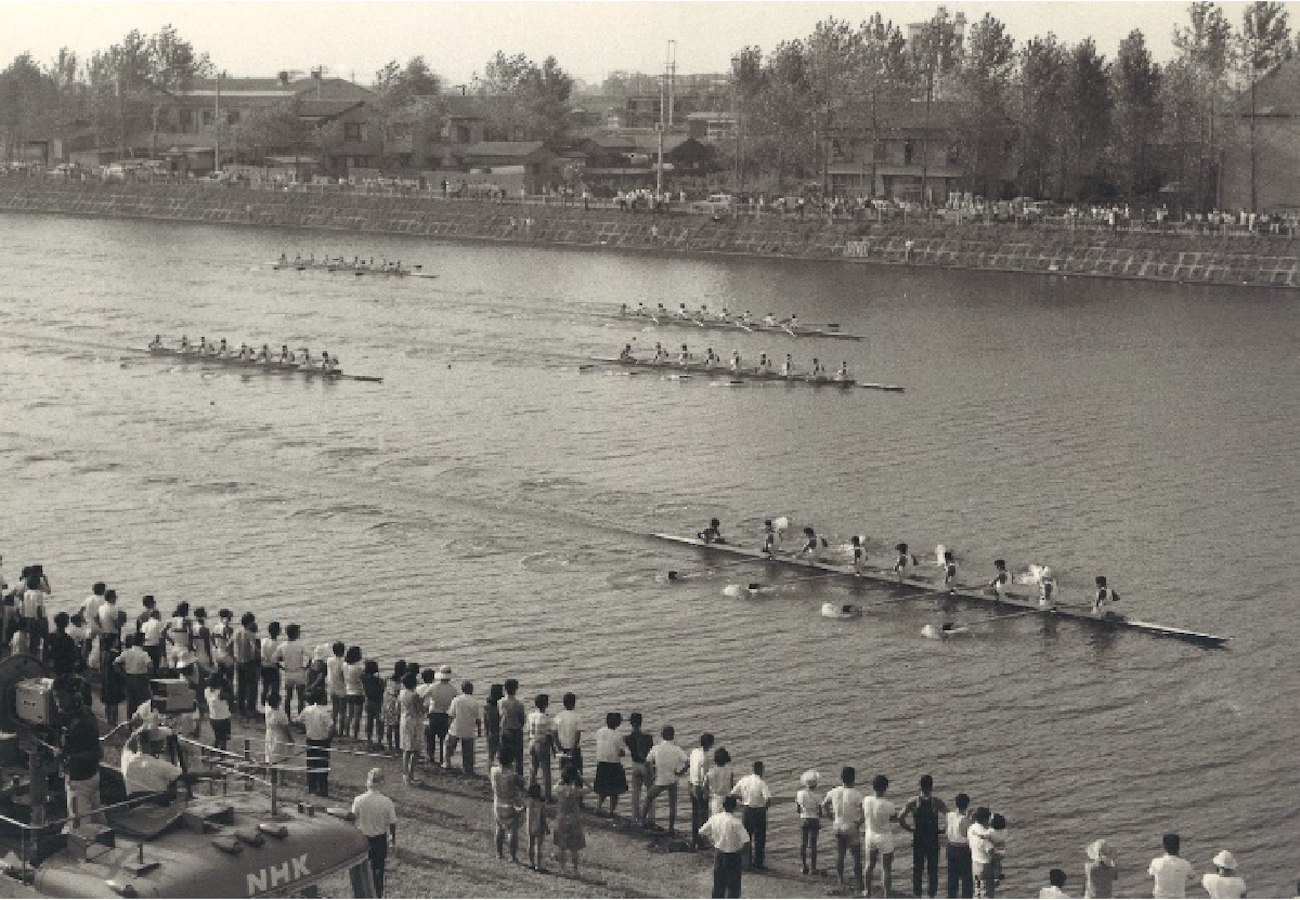 Doshisha University Rowing Club began to show signs of competitive rebirth at the Henley Royal Regatta on the River Thames in England in 1991 in commemoration of the 100th year of the club’s foundation. In 2001, the club once again discovered its winning ways with a first-place victory in the Coxless Four at the All-Japan Championships. 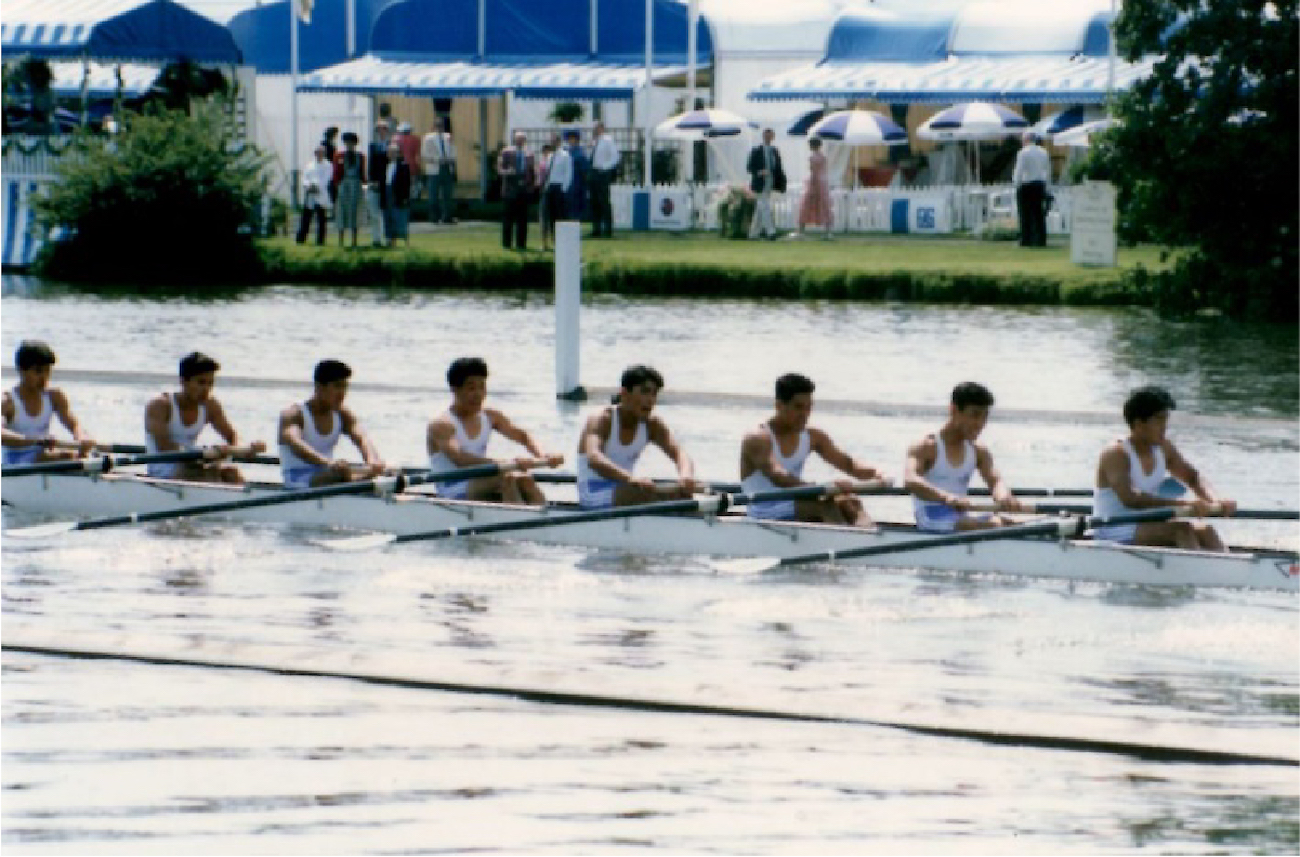 In 2013, inspired by a 2005 remodeled boathouse , the club won the Coxed Four at the Asahi Regatta. In the same year, Wild Rover House, Doshisha’s new club house was completed along with an upgrade to the club’s training environment. In 2017, the club won the Single Scull at the All-Japan Collegiate Championships. Today, the rowers and coxswains of the Doshisha Rowing Club continue to perfect their skill and strength and gain knowledge and experience through their daily regimen on the Setagawa River, taking aim at victory once again for the university at the All-Japan Collegiate Championships. 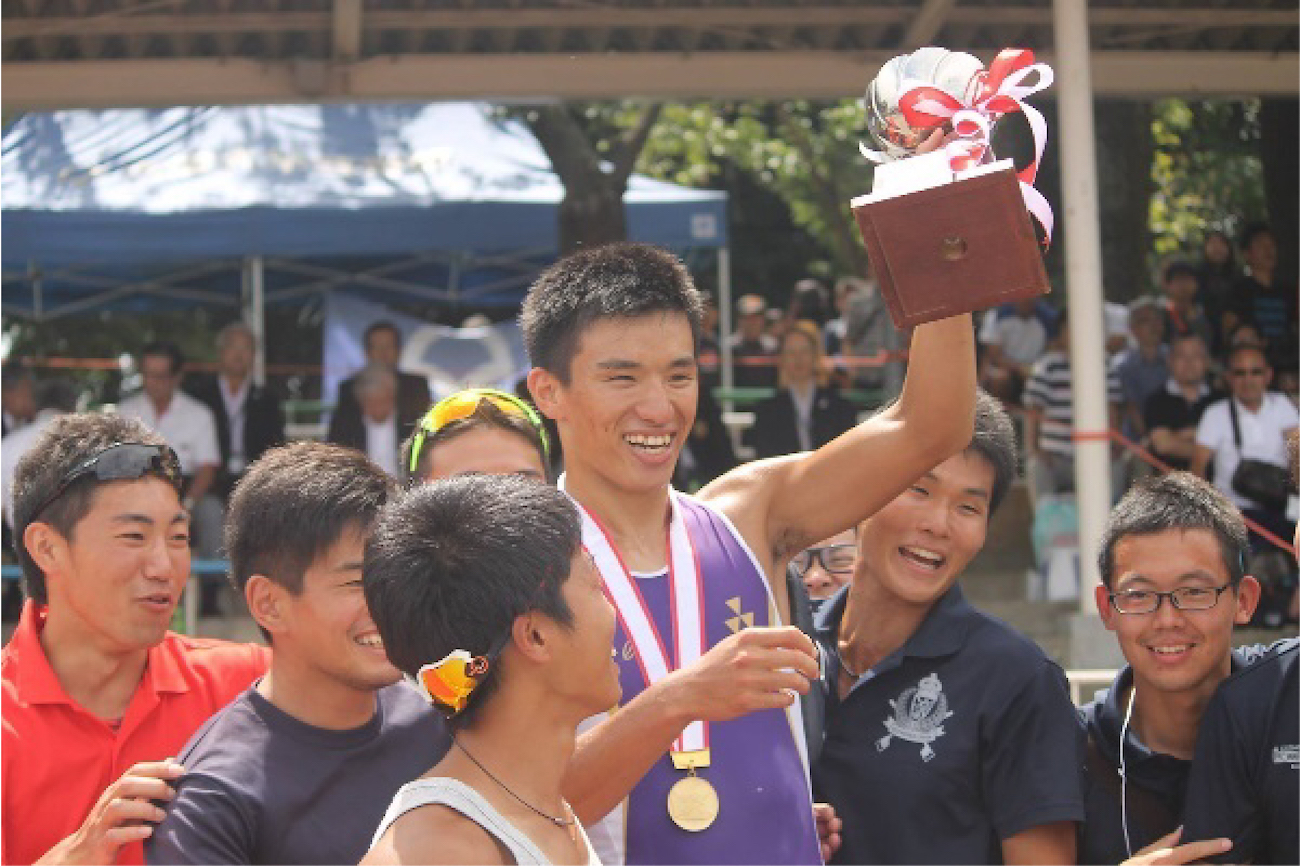 Victory at the All-Japan Collegiate Championships

The Philosophy of Doshisha Rowing Club